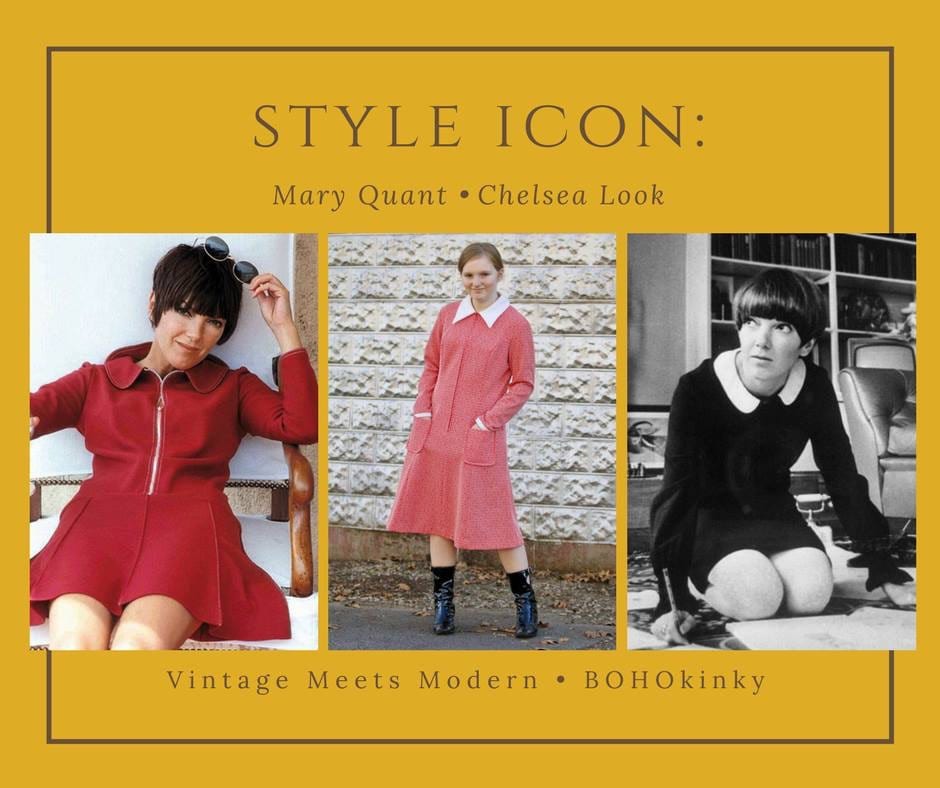 You can say Mary Quant was pretty big deal. She invented the mini skirt. For real. She opened a shop in 1955 in London and designed amongst other things, dresses and bright pantyhose to match. As the years went by, the skirts got shorter and shorter. Eventually, she named the miniskirt after her favorite car, the Mini Cooper.

Quant went on to popularize hot pants and big berets. One should also mention her haircut was the cut to have, long before anyone heard of “The Rachel.” Vidal Sassoon coined it the 5-point cut. (We’d liken more to a pixie cut).

All that to say that Mary Quant pioneered that “Chelsea Look,” which became part of the Swinging Sixties. It just goes to show, a woman can accomplish a lot even in a short, short skirt.

Before the mini-dress were Quant’s knit shift dresses, and ohhhh yes, the Peter Pan collar.

What Makes it Vintage

An adorable knit shift dress with hip pockets fits right in for a holiday dress, or pretty much any special occasion.

What Makes it Modern

The square-toe boots, which instantly recall “Austin Powers” have a modern key-hole on the side, adding just a bit of visual interest and making the look a bit less schoolgirl and a bit more “Nancy Sinatra.” Another interesting touch is the winged collar of the vintage dress which keeps the look from being too precious.

This dress could easily transition to the classroom by adding a low-slung belt and a black moto jacket.